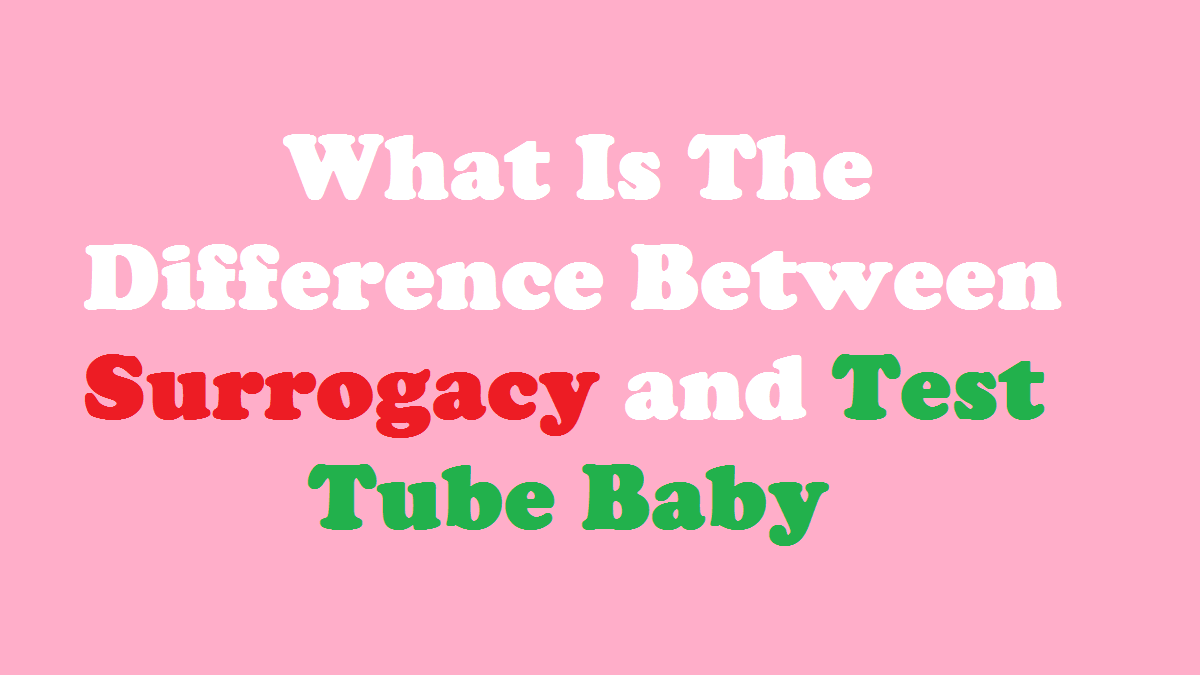 Surrogacy and test tube Baby are two different processes but the motive is the same to get a baby for an infertile couple, for a single individual who wants to get a child. Surrogacy is started since 1986 when Melissa stern was born and she was refused by the surrogate mother as well as a biological mother to take her responsibility.

Similarly, In 1978, the first Test tube baby named Louise Brown was born in England. Alternative methods of these treatments are only possible because of estrogen which was produced by the pharmaceutical company named Schering kahlbaum and parked Davis. Hormonal activation Medicines also plays an important role in this process.

Here, the surrogate mother needs to give her womb on rent. So, this process is also called the womb for rent. When there is a lack of uterus inside the biological mother then this method plays a vital role. As we know that uterus is home for fetus where it grows and after the period of nine- months surrogate give birth to the baby and the agreement between three of them completed in this way.

Surrogacy is still hard to accept by conservative societies but test-tube baby is easily acceptable in societies because in this process last fertilized womb is kept inside biological mother’s uterus for further development.

Surrogate is kept under the supervision of doctors throughout the entire period time and surrogates are offered foods, clothing, and lodging free of cost.

The process by which a test-tube baby can be obtained is called in-vitro fertilization done in the laboratory. In–vitro fertilization offers to require an environment to healthy sperm and healthy egg. Later normal procedure takes place after placing fertilized zygote inside the uterus of the biological mother. Test tube baby is preferred when a naturally conceiving chance is minimized after a long duration trial. Five different points which let you know the difference between surrogacy and test tube baby are explained below:

Surrogacy and test-tube baby is still very new to some part of the world. So, people are very confused about both these alternative methods. The test tube baby was named because the fertilization took inside the test tube under the required temperature and conditions.

Surrogacy is accepted only when the chances to achieve test-tube baby are minimized than doctor’s advice for surrogacy which is a little long and legal procedure but surety chance is more there. Earlier there was a very rare success result but nowadays mostly cases are solved. The above-explained Difference between surrogacy and test tube will let people decide for the initiation of alternatives. Western countries still offer expensive cost but there are some parts across the world offering reasonable cost of surrogacy and test-tube baby. Both alternatives are not affordable for the normal class family but soon it will be affordable to everyone.